What if The Passion Had a Sequel?

Mel Gibson or someone should make a sequel his movie, The Passion of Christ.

Even though I have been studying scripture and attending church service anew for about 25 years now, I was taken aback by our Bible reading on the 3rd Sunday of Easter (May 4, 2014), Acts 2:14 and 36-41.

The full sermon from that day is here:  http://www.messiahseattle.org/sermons/2014/5/may-4-2014-third-sunday-of-easter

Sometime after Jesus's crucifixion, Peter is preaching to a gathering of Jews and says, "Let all the house if Israel therefore know for certain that God has made him both Lord and Christ this Jesus whom you crucified".   We expect and argument to ensue, for as many in that crowd said on the day of His sentencing, "let his blood be in our hands".

Yet, on this day, as Peter preaches, scripture goes on to tell us that "when they heard this they were cut to the heart" (as their eyes were opened by God to the true divine nature of Christ).  Because their eyes were opened and God removed their defenses they said to Peter and the apostles, "What shall we do?"  How can we ever repay this horrible thing that we have done?

Peter gave them the same advice that all of us for whom died, that is all of humanity... "Repent and be baptized every one of you in the name of Jesus Christ for the forgiveness of your sins, and you will receive the gift of the Holy Spirit.  For the promise is for you and for your children and for all who are far off, everyone for whom the Lord calls to himself."

As it turns out, according to the same reading, "about 3,000 souls were added that day".   Meaning 3,000 folks became Christians.  Implicit in our text is that most, if not all of these souls were Jews and most, if not all were in the mob that, days before, called for Christ to be hung on the cross.

There are many messages in this text about the meaning of Christianity, including the important one that NO sin is beyond the reach of God's salvation through Jesus Christ.   If murdering Christ Himself is forgiven than what is beyond forgiveness?  Nothing, of course.  A repentent Adolf Hitler or Charlie Manson could be headed to the comforting arms of Jesus Christ to await the Judgement Day and face that day in the peace of salvation unto eternal life.

But, particularly poignant to me, having many Jewish friends and a Jewish stepfather, is the core message of salvation also intoned by St. Paul in Galatians 3:28 and Colossians 3:11 that neither Greek nor Jew nor slave nor free man is excluded from salvation, if one only just believes in Jesus Christ as the one true living God.

So, if you think that you are somehow excluded by birth or religious upbringing from either salvation or from the requirement of faith in Christ for salvation, you are plainly wrong.   3,000 Jews, directly involved in the crucifixion of Christ (as is all humanity, btw) were saved on that day by repenting, believing and being baptized.  Again (just so it sinks in) ...regardless of your ethnic heritage or theological upbringing, you atheist, Jew, Muslim, Mormon, lapsed Roman Catholic, agnostic, Moonie, Buddhist, etc., you can also be saved by faith in Christ.  Salvation is at your fingertips.  Do not let it slip through.  Eternal life is a big prize to gamble away by earthly doubt or social conformity.  The alternative is too harrowing to even contemplate. 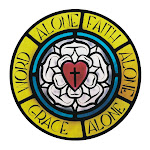